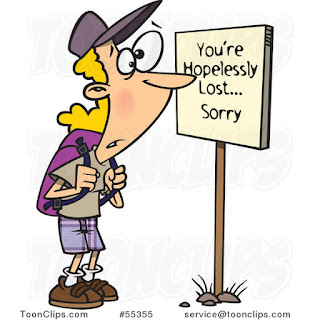 I have worked out a "5k" route which I have run a number of times. When I say it's 5k, that's what the GPS tracker in my watch and Garmin Connect tell me it is. I've run this route a few times and, to within a few metres, I always finish in pretty much the same place.

Today, because it's a rest day, I decided to walk it and record it. Each of the first 4 kilometre splits occurred more or less where I expected them to. They were slight differences but mostly I put this down to the fact that I'm usually going past at a slightly faster pace and I'm not generally paying full attention to my whereabouts when my watch buzzes to tell me I've clocked a particular point. That aside, however, they were I expected them to be.

The final kilometre is where it got interesting. When I got the notification, I was still a good 250m from where I get it when my run ends. The cumulative margin of error for the previous 4k may have accounted for 50m of that difference, but not all of it. I do tend to run the last 500m slightly faster than the rest, but not enough that I think it would throw up that much of a margin of difference.

I'd noticed before, that a parkrun I did was, according to my tracker, only 4.7k. Given that I imagine the organisers measure these things pretty accurately (trundle wheel?), I assumed that the "error" was on the part of my tracker and not the course being too short. Today's experiment would seem to bear that out.

It does, however, make me wonder what my actual 5k time is, if I'm actually running about 5.25k whenever I do my own routes.

I'm not losing any sleep over it though. In the absence of any other contradictory data, I sort of have to go with what I'm being told. My legs certainly don't feel like they are being short-changed...