My Couch to 5k journey 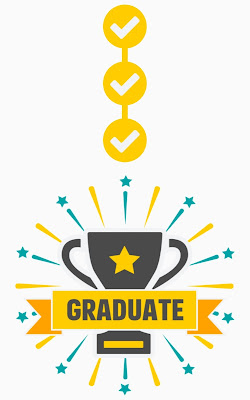 Every year, after the 7s are done and the season finally comes to an end, I take a couple of weeks off, and then start thinking ahead to the start of the new season. Generally, this is accompanied by a certain sense of dread as, despite all my good intentions, much of the fitness gained over the season that has just passed, fades away over the summer.

Last year, I decided to do something about it and started my C to 5k journey in June.

My rationale was this: over the course of a game (80 mins), I cover 5-6km. Albeit this is very stop start and I probably never run more than about 1 minute before some infringement means I blow my whistle and bring things to a halt. Unless someone catches an interception on their own try line and then runs the length of the pitch (100m), it’s very rare that I run more than 50-75m in one burst.

I figured that if I could cover 4km in 30-40 minutes non-stop, then that would mean doing it stop/start over 80 minutes would be no problem. That was the theory.

Week one, I found soul destroying. Maybe it was just because I knew it was well within me, but the repetition did my head in. That last rep seemed to take forever, and I felt as if my podcast had got stuck and was just repeating the penultimate one over and over.

Week two, with longer runs and fewer reps was, perversely, much easier and more enjoyable. Then disaster struck.

I had a nasty flare up of tendinitis in both knees. I had to rest for 6 weeks before my physio put me on what she called an injury couch to couch to 5k programme. Basically, starting at 5 x 30 second runs and building up over 3 weeks until I was ready to move back to week 1 of Couch to 5k.

Problem was, it was winter, the weather was awful, and during the week, by the time I finished work, it was pitch black. Running was not on my “to do” list.

It got to March, and the evenings were beginning to stretch out and I decided to give it a try again. I started from week 2 (I just couldn’t face doing week 1 again) and found I was fine, so moved on from there.

Week three was fine, as was the first run of week 4. As I mentioned before, I enjoyed more the longer (and fewer) the runs became. I had a niggle on the final 5 minute run of run 2 and had to stop. Re did it a couple of days later and it was fine. Marched on through week 5 (and was overjoyed when I got the 20 minute out of the way).

The return to intervals on Week 6 was fine, but 17 minutes into the 25 minute first run, I bombed out again. I’d gone too fast. My first km was 6:12 and that is still my personal “best” for a single kilometre. Regrouped, rested and re-ran at a much more sensible pace, and I was back on track.

Weeks 7 and 8 were fine although rugby and work commitments meant a 6 day gap between runs 2 and three.

Week 9 ended yesterday; almost 11 months after I started and just in time for this year’s off-season.

I learned a couple of things. The distance isn’t important. I knew I could cover 5km, I just wanted the stamina to run non-stop for 30-40 minutes. Couch to 5k has got me there.

The other is don’t fixate on 9 weeks. A “week” in Couch to 5k terms is simply the time it takes to successfully complete 3 runs. It could be 6 days; it could be much longer. My longest “week” was almost 8 months. It doesn’t matter. No one is judging how far you can run, or how long it takes to complete the programme (except ourselves), so just do what you can, when you can, and most of all, enjoy it.