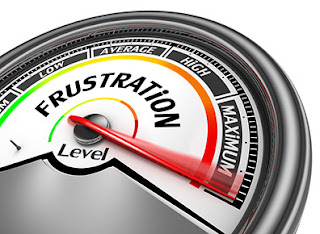 OK, I know the "F" word is strictly verbotten, but there is no other word that can be used to describe the first bit of this morning (and I'm actually thinking of a word much stronger than "failure" here, but I digress).

I wasn't really in the right frame of mind but headed off to one of to Meadowmill parkrun anyway, thinking it might help me re-calibrate. Unfortunately, it only managed to make things worse.

I basically got everything wrong. I allowed myself to get caught up in the surge of faster runners at the start and the inevitable happened...

The most annoying thing is that I knew I was too fast but it was just one of those ones where, try as hard as I could, I just couldn't reset my pace; no matter no consciously I slowed myself down, unconsciously, I kept speeding back up. I was screaming at myself (internally) to slow down the whole time, but my legs were just determined to do their own thing anyway.

There was only ever going to be one outcome and I left feeling mightily fed up (I would use a stronger term, but this might be read by those of a delicate disposition, unused to agricultural language). I'd even managed to leave my wallet at home so there wasn't even the post-run pick-me-up in the cafe afterwards.

After the 10 minute drive home I was feeling slightly more balanced and still fairly warmed up so, stopping only to go to the loo and have a glass of water, I decided I may as well try to collect the missing kilometres with a light jog around the village.

36 minutes later, I found myself back at my front door having run a full 5k in my second fastest time to date and trying to figure out where that had come from.

So, across the two runs, I managed just shy of 7k in 48 minutes, which I'm not going to complain about, but why did I have to make such a mess things at the start?