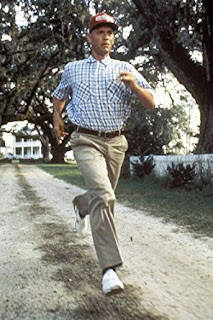 OK, so I know August isn't quite over, but from my running perspective it is, and what a month it's been.

I ran 10k or more on 5 occasions (I'd only managed that distance twice before in my life); so that was something a bit out of the ordinary, and something that if you'd suggested to me at the start of the year that I'd be capable of, I'd have probably thought you'd taken a knock to the head.

In one of those 5 runs, I pushed my maximum distance out to 12k and, over the three runs that week, ran over 23k which was the farthest I'd run in a week so far.

Earlier in the month, I shaved my 5k PB down to 32:26, and then, today, whilst herding egg-chasers around a muddy field, I took my monthly cumulative distance to over 100k for the first time.