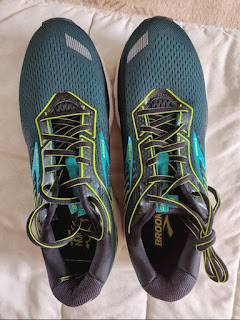 Well, I don't know if it was psychological, or if the stars somehow aligned, but my shiny new Brooks Ghosts, are shiny no more and set out their stall as the PBs tumbled.

First up, my fastest mile. A whole second off taking me down to 9:42. There is some dispute here as Garmin gives me 9:42 and Strava says it's 9:44, but I'm taking Garmin on this one.

Next up, and Strava and Garmin both agree, 40 seconds off my 5k, taking me sub 32 minutes for the first time at 31:55. And to top it all, despite the first 2.5k being all uphill, I managed the "perfect" negative splits for each of those 5k.

You'd think that would be enough, but no, there was still better to come. Again, Strava and Garmin concurred, and a whopping 6 minutes 53 seconds off my 10k time, at 67 minutes dead (and I pretty nearly was).

I've no idea where those numbers came from. I'd have gladly taken any one of them on their own, so tonight has been something of a shock to the system.

I'm going to shower and lie down now. I think I've earned it... 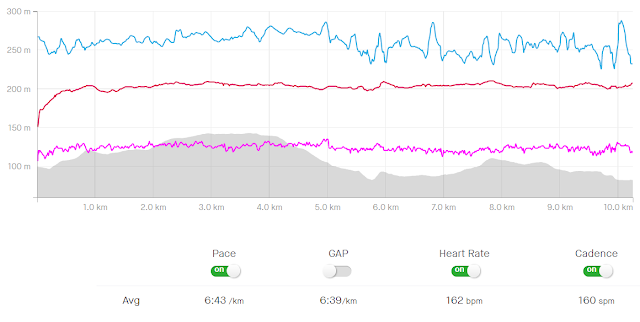