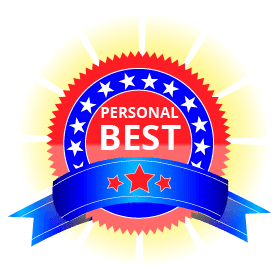 So, this this time last week, my PBs were:
I went out on Saturday and bought myself a new pair of Brooks Ghost 12s and three runs later, my PBs now stand at:

I am beginning to think theses shoes have some sort of special quality/magical power. I'm also beginning to believe that the sub 30 minute 5k might actually be a possibility.

For anyone who doubts the life changing powers of Couch to 5k and Bridge to 10k plans, the proof is in this post. I still can't believe just how far I've come, and run, since I started back in March.