A change of pace 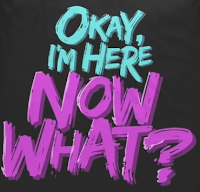 Monday night was supposed to be long run night, but I cut it short to 5k on account of the weather deciding it was going to take a turn for the bloody awful while I was out. So, last night I decided to try again, and off I duly set.

Something wasn't quite right, and as I ground to a halt at around the 2k mark, I figured out what it was; I was bored.

Not bored of running, but just bored in general, with the weather, with my choice of route; the knowing that in 5 minutes I'd be at the fork in the path, five minutes after that I'd be into the woods, another ten minutes ad I'd be at the far end of the village, fifteen minutes later I'd be cresting the hill about to start the long downhill section towards the church. I've done it so many times, I could probably do it blindfolded.

Familiarity, as they say, breeds contempt. I may not have been feeling actually contemptuous, but I definitely wasn't feeling like continuing the run.

I was faced with the choice of give up after only 2k (which felt wrong), carry on with the run (which I didn't feel like doing), or try something different. I settled on option 3.

I dug my phone out of my belt and fired up the W1 podcast.  I figured I'd already done a warm up so I skipped ahead to the first running section.

I'd tried something similar at parkrun on Saturday, which had sort of worked, but last night it did the trick and blew away the cobwebs.

It was fairly simple, I replaced the walking sections with easy paced jogs and then went full pelt during the running parts. I'd detested the endless repetitions back when I was actually doing W1 of C25K, but last night I actually enjoyed it.  By the time the end of the five minute cool down section (which I'd done at a jog) was over, I'd added a quite respectable 4k to the 2k that I'd done before my mojo deserted me and I was feeling pretty pleased with my efforts.

The moral, I guess, is that sometimes we need to shake things up and not allow ourselves to get stuck in a rut. Necessity may be the mother of invention, but boredom, it seems, is the mother of necessity.