A mind of their own 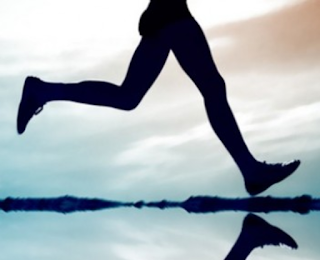 Following on from setting a new 5k PB of 28:04 on Monday evening, my intention tonight had been a fairly leisurely recovery run, just to shake off the working-day cobwebs. My legs, it seemed, had other ideas.

The first kilometre is frequently an extension of my warm-up and is often a fairly sedate affair. Tonight, I was aware that I was moving at a slightly faster pace but was taken by surprise when the kilometre mark was passed with only only 5:57 on the clock. The second kilometre passed in 5:50, and the third in 5:22.

The fourth kilometre on this route is quite tough as it starts with a short but very steep climb before undulating up and down for most of the rest of its length. Surprisingly, despite this, I completed it in 5:56.

The final kilometre is fairly flat. I kept telling myself that I could slow down, but my legs were having none of it. My watch buzzed; the time for that final 1,000m was 5:33, and Strava informed me that it was my third fastest 5k in a time of 28:38.

So, unintentionally, I ran my second sub-29 minute 5k this week and, my fastest one for the month so far...