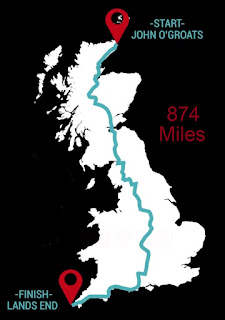 I opened my 2020 running account on 2 January with a fairly leisurely 10k. It was only 10 months after I'd started my Couch to 5k Journey but, having already completed my first Half Marathon distance  and getting my 5k PB below 30 minutes in November, I was pretty chuffed with the progress I'd made so far.
My plans for 2020 didn't really come to much at that point. This was before many of us would discover just how important running would become over the course of the year, but I had some vague goals; keep chipping away at my 5k time, get my 10k under an hour, bring my Half Marathon time under 2 hours 15 and, in addition to Parkrun, take part in a number of the organised events locally.
The  distance/time goals would be achieved, but sadly every event (including Parkrun) would be cancelled.
The one thing that was becoming obvious was that both my pace and stamina were definitely increasing. I had set a very vague goal of averaging around 100k per month, but I was exceeding this easily.
Around about May, while doing the Miles For Mind challenge, I stumbled across the LEJOG/JOGLE idea. In the absence of any organised events, I decided that attempting to run the recognised road distance between the two extremities of mainland UK would be something to push me. 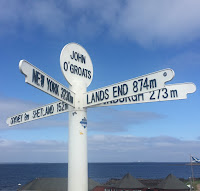 As it turned out, about a fortnight after completing Miles For Mind, I also completed my first JOGLE since commencing Couch to 5k the previous March and it had taken me a few days over 15 months to achieve it.
Being that we were already almost half way into 2020 at this point, I tallied up how far I'd run so far, and worked out what I'd need to do each month if I wanted to complete the task during 2020 and it turned out I needed to do around 120k each month for the rest of the rear. By that point, I was typically running around 120-125k each months, so I decided that it was doable and set out on the task.
The one thing I didn't really count on, was that, as a result of lockdown, I would spend more time running, and the longer I spent running, the greater my monthly totals would be. I actually missed my target in June, running "only" 113k, but after that, the totals climbed steadily. July: 130k, August: 145k September: 152k, October: 174k. All this meant that, at the start of November, I had essentially gained myself a month's worth of running and I only needed 125k to complete the challenge. Yesterday, I reached that goal.
Not quite sure what to do in the remaining five weeks of 2020, but I suspect there will be an element of taking things a bit easier (particularly over the holiday period , such as it will be this year), but I suspect a reasonable distance will still be covered. In theory, if I keep up my current weekly average, I could reach 1,000 miles for 2020, but I've already set that as my goal for 2021 and my legs could do with a bit of a rest.
Anyway, happy running, and stay safe.