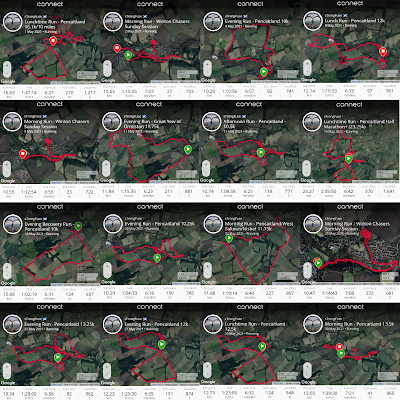 Yesterday, I completed my third "Miles For Mind" challenge. My first, in 2019, was the month that I completed Couch to 5K and my total of 66.75 km/41.5 miles, while modest by the distances I cover today was, not surprisingly, the most I had ever run cumulatively in a single month at that point. It was a month that, not only did I graduate the C25K programme, I also ran my first 5k and my first Parkrun.

Skip forward to 2020. Lockdown was upon us and the distances I was covering during my 3/4 weekly runs was increasing. My target was an achievable 50 miles for the month. I started strongly, bringing my half-marathon time under 2 hours 15 and, over the course of the month, I totaled 122.75 km/76.25 miles.

In October, runr also set the "Leave Nothing But Footprints" challenge. That month was also the month that I turned 50, so I had a fairly obvious target to aim at. Another half-marathon brought my time below 2 hours 10. A 10 mile run later in the month took my time for that distance under 1 hour 45. My halloween run took me beyond 100 miles for a single month for the first time ever and I finished with a new cumulative highest ever monthly total of 174.5 km/108.4 miles.

So, that brings us to this year. There was the spring challenge in February. My total of 147 km/91.5 miles was quite a bit down on recent months, but this was still achieved against the backdrop of one of the worst winters in over a decade and running in snow and ice which, I discovered, is not fun. Because February is a short month, I'd deliberately "aimed low" and only set myself a target of 75 miles so, weather and a bad fall (not running related) not withstanding, I hit that target comfortably; including a snowy half-marathon, ran in just under 2 hours 25.

So that brings us back to this month. Having run 185 km/115 miles in April (a newhighest cumulative monthly total), I was interested to see how far I could push it but I didn't have a fixed target in mind; just "see if I could beat last month". As the month proceeded, the runs just ticked along. The runs included an almost inevitable 10 mile and another half-marathon but neither were anything special in terms of pace; they were simply just me out there putting miles in the legs while enjoying the countryside around the village I live in. The most notable thing of any of the runs was being strafed by a bad-tempered buzzard. Eventually, I got to the final run, and I knew exactly what I was doing. I'd already beaten last month's total and the 200 km mark was in sight.  So that's what I did; my final run of the month took me to 200.5 km/124.5 miles. As I mentioned, none of the runs (buzzard attack aside) had been noteworthy, but cumulatively they'd taken me to a total distance that I could not have imagined back in 2019, and even last year would have seemed a stretch.

There are the summer (August) and autumn (November) challenges still to complete. It'll be ineresting (to me, if no one else) to see what results they produce. 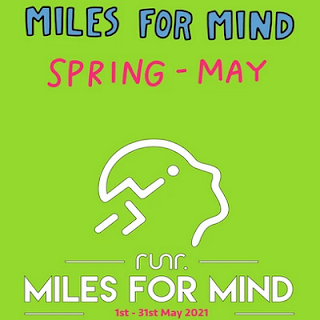